Touch
A co-production from Ciarán Myers and Asylon Theatre. Presented by the Universal Arts festival as part of Fringe.
Actor 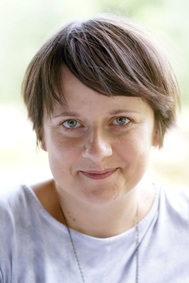 Katarzyna Wizental is an actor, singer, and designer from Poland. Her vocation for theater began when she was first privileged to see Marcel Marceau live on stage. She studied acting at Columbia College in Chicago and worked for five years with the marketing director at Chopin Theatre, Chicago. Selected acting credits include Jill Mason in Peter Shaffer's Equus, Daisy in Elmer Rice's The Adding Machine, and Third Person in Sławomir Mrożek's Enchanted Night. At the moment, Katarzyna is teaching art and theatre to children in Poland and beginning to explore Boal's Theatre of the Oppressed in her own creative practice.
Director 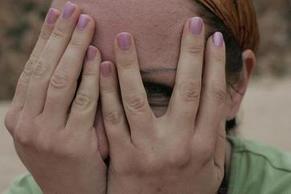 Marta Mari is the Artistic Director of Asylon Theatre in Edinburgh. She first fell in love with the artform during her high school years in Poland and is now an international artist and producer. She has a B.A. in Theatre Directing from the prestigious Columbia College in Chicago and M.A. in Cultural Management from Queen Margaret University in Scotland. Marta holds multicultural and international collaborations to a very high regard in her creative practice and has led a number of theatre and writing workshops in the United States, Poland, and Scotland. Selected directing credits include Out to Sea (Chopin Theatre, Chicago), The Adding Machine,Wild Honey (both at Columbia Studio), Enchanted Night (independant), Tango (Ramshorn Theatre),Adventures of the Little Prince (Asylon), Pet Shop (Traverse), and I've Been Looking For You My Whole Life (a series of solo pieces performed on buses). She also assistant directed to Orla O'Loughlin for the Traverse Theatre's The Artist Man And The Mother Woman. As a producer Marta has worked with Ankur Arts, Edinburgh Mela Festival, Asylon Theatre, and others. She recently returned from Beirut where she was supported by Creative Scotland to attend Atelier For Young Festival Managers. As well as Touch, Marta is currently working on Fraxi Queen of the Forest for Asylon Theatre and the Royal Botanic Garden.
Playwright﻿ 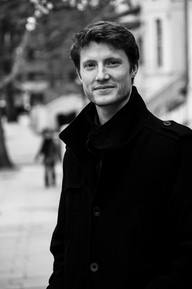 Ciarán Myers is an international artist; a poet, playwright, dancer, and director. He came to the UK from Canada with an Irish passport to complete his MFA in “Writing for Stage and Broadcast Media” at the Royal Central School of Speech and Drama. Before leaving Canada, Ciarán’s second book, InSight, was published with StoneGarden Studios under the editorial curation of Dr. Judith Miller. His first full-length play, Creation Story, was produced by RainDance Theatre in 2011 and a very short commission, Waste, premiered with Found Theatre Productions in Toronto in 2012. His first short play since arriving in the UK was Coffee Bombs, which premiered at the RCSSD in spring 2014 and revived at the Unresolved Festival in Dalston later that ﻿summer﻿. This year Ciarán premiered another short piece, Egon Schiele, at the RCSSD which went on to be produced in Oxford and London as an award-winner in Almost Random Theatre’s Valentine Plays Competition. More information about Ciarán's background as a writer and artist is available from his website.
Composer / Musician 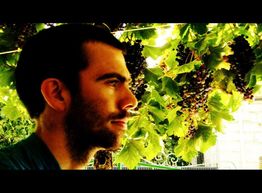 Raymond Considine is a multi-instrumentalist & composer from Co. Cork, Ireland. He has worked extensively since his teenage years in many projects around the world before returning to his home town where he studied Music at University College Cork, graduating in 2010 with First Class Honours. The following year he obtained an MSc in Film Studies from the University of Edinburgh, & decided to stay in the city. His 2013 solo Edinburgh Fringe show, "For the Love of Folk", was described as "flawless" & "captivating" (Three Weeks Magazine ****). He has also been a long-time collaborator with TBC Improv on their annual sold-out festival runs. Raymond currently works in Edinburgh as an in demand performer, composer & teacher. www.raymondconsidine.com
Designer 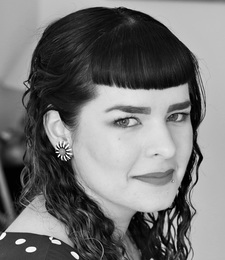 Ellen Rey de Castro is a young, up and coming costume designer based in London. She is a graduate in Costume Design from the University of Huddersfield and has designed for both film and theatre. Ellen is thrilled to be returning to the Edinburgh Fringe where she made her professional design debut in 2013 on Adventures of the Little Prince. Long-listed for the IdeasTap Graduate Award in 2014, Ellen works in both London and Scotland in film, music, television and theatre. She currently juggles her time between designing, dressing and costume assisting - challenging herself with a wide variety of different projects. She is costume designer to alternative rock group Bad Pollyanna and has worked with them on three of their recent music videos as well as creating lead singer Olivia Hyde’s touring costumes. This year Ellen has designed for three short films led by young, dynamic directors in London - ‘ORHAN’ by Gunalp Kocak, ‘How Amelia’s Party Got Ruined’ by Fredrik Gustafsson and ‘Cherry Oblivion’ by Savita Franklin. The themes of these films ranged from horror to 1930s surrealism and demonstrate Ellen’s unique flair as a designer. Ellen currently works at the English National Opera at London’s Coliseum and most recently had the opportunity to work with the BBC on ‘Michael McIntyre’s Easter Night at the Coliseum’.
www.ellenreydecastro.com
﻿And a great big thanks to the Golden Oriole Films studio! ﻿ 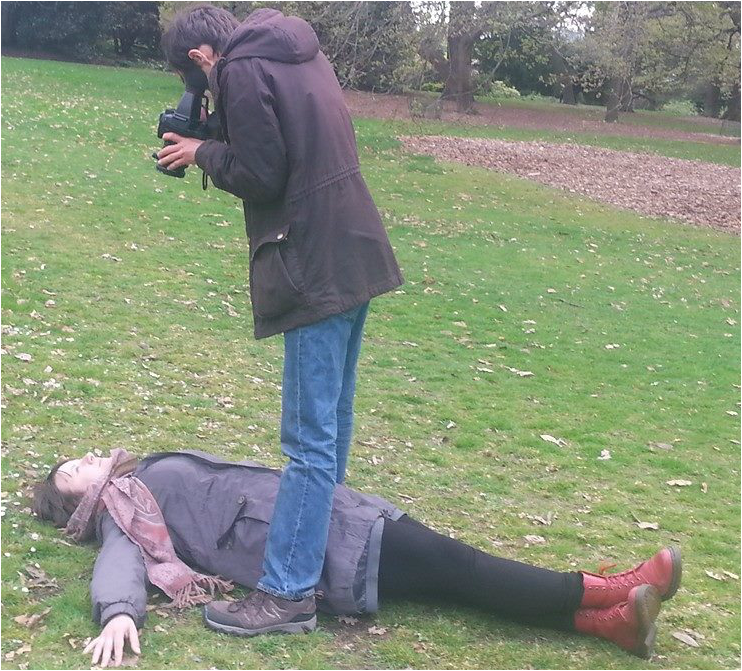